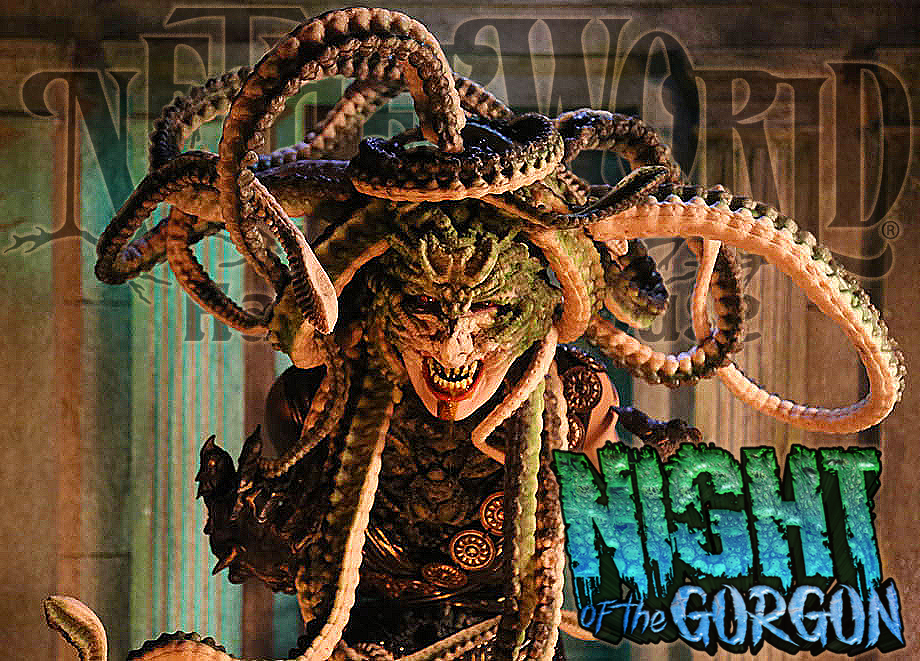 Fall is just around the corner and that means something is lurking in the shadows at NETHERWORLD Haunted House! Kicking off on opening weekend on Friday, September 27 and Saturday, September 28, NETHERWORLD has introduced this year’s two new spine-tingling haunts + they are sure to frighten thrill-seekers at every corner of the 9.5-acre entertainment complex. From horrifying gorgons to reptilian aliens, NIGHT OF THE GORGON and COLD BLOODED will provide those who dare enter with an experience like never before.

NIGHT OF THE GORGON will be themed around the mythical nightmarish monster, the Gorgon. Drawing on apocalyptic themes, the NIGHT OF THE GORGON takes visitors into the depths of darkness with monster action, shocking scares, and jaw-dropping sets and special effects. The second haunt, COLD BLOODED, features reptilian aliens, brought to life in a research facility. This haunt features savage, dangerous prehistoric reptiles, with a shock around every corner.

The haunts will open the weekend of September 27 – 28, will be open nightly October 4 – November 3, and closing weekend will be November 8 – 9. Tickets are on sale now, and guests can expect more ticketing options than ever before!

For all the blood-curdling details on this year’s two haunts, dates and ticketing options, read the full press release here.