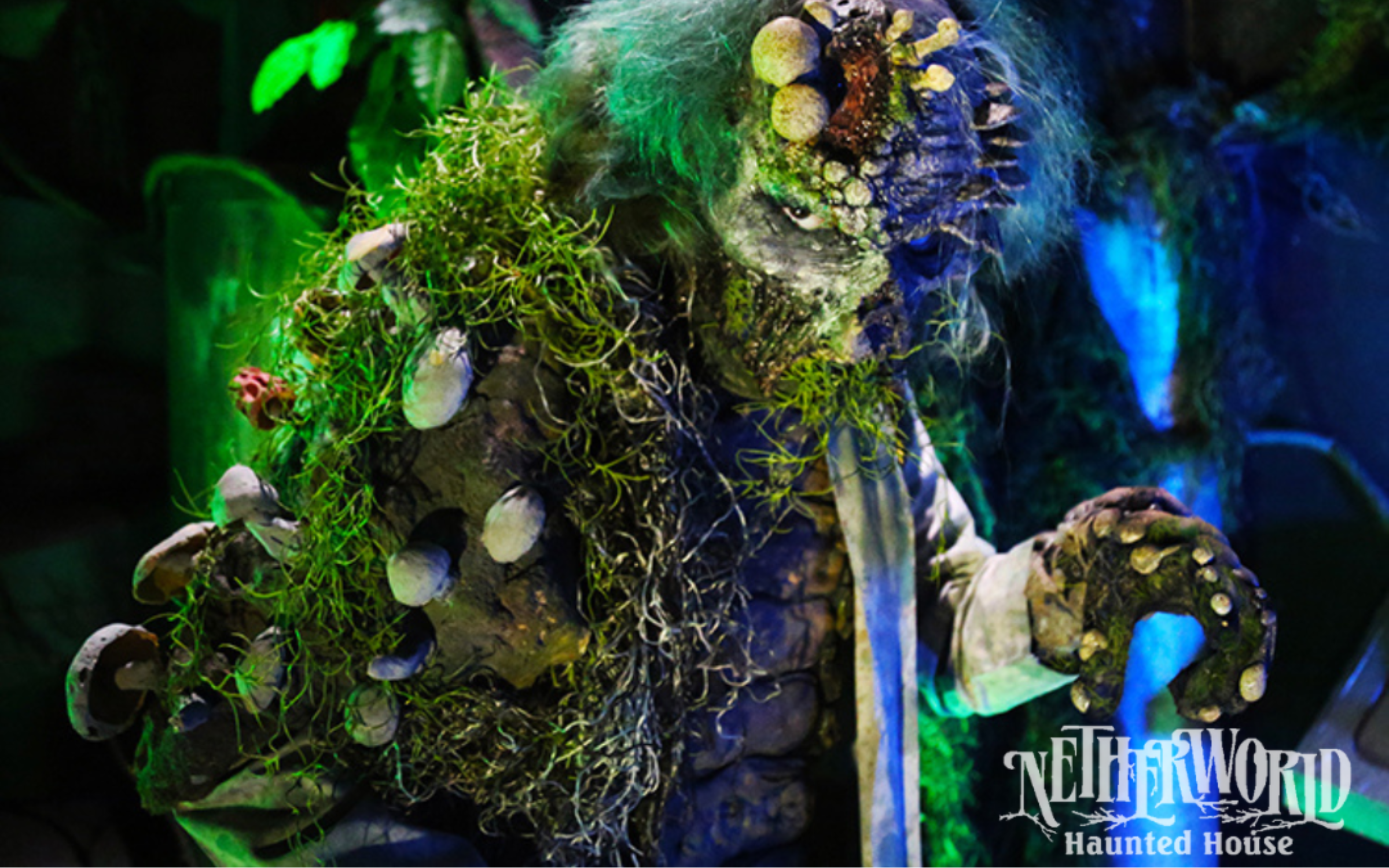 The most horrifying haunted attraction of them all, NETHERWORLD Haunted House, is returning for its Opening Weekend beginning on Friday, Sept. 23 + Saturday, Sept. 24. Attendees can expect two new haunts, several new experiences, and plenty of thrilling additions to NETHERWORLD’s carnival-like Midway! If that’s not enough, USA TODAY officially announced the beloved haunted attraction among the winners of its 10Best Haunted Attractions in the U.S. After being nominated by a panel of industry experts, competing against 19 other haunted houses across the nation, and four weeks of public voting, NETHERWORLD has officially made the top 10 list, and we couldn’t be more thrilled – what an Opening Day!

This year, NETHERWORLD is introducing two nightmarish haunts: PARASITIC and THE UNDYING HORROR. In THE UNDYING HORROR, visitors will try to escape a massive world-destroying ancient monster and its wraithlike army, and in PARASITIC, guests will confront the mind-controlling spores and carnivorous creatures unleashed by a nefarious plant-based life form filled with the twisted power from last year’s Planet X!

In addition to the new haunts, NETHERWORLD is introducing an experience called “You Scare,” where horror-lovers will get a chance to scare guests in line for the second haunted house by shooting a paintball gun at an unbreakable see-through barrier.

NETHERWORLD has also revamped its Midway experience to include plenty of photo ops with terrifying sets and creatures (including a huge new skeletal dragon) and various food options. The haunted house is also introducing Dr. Octane’s Bizarre Beverages, where infamous mad scientist Dr. Octane will serve up bubbling non-alcoholic beverages featuring swirls of colors perfect for a share-worthy video!

Additionally, NETHERWORLD is launching a laser-based horror survival add-on experience for the first time ever. Titled “Alien Terror,” the experience will put NETHERWORLD adventurers face-to-face with an extraterrestrial monster that has one goal: to turn every player in the game into one of its evil minions with its laser weapon. The official opening date for this experience is to be announced, so stay tuned for more information!