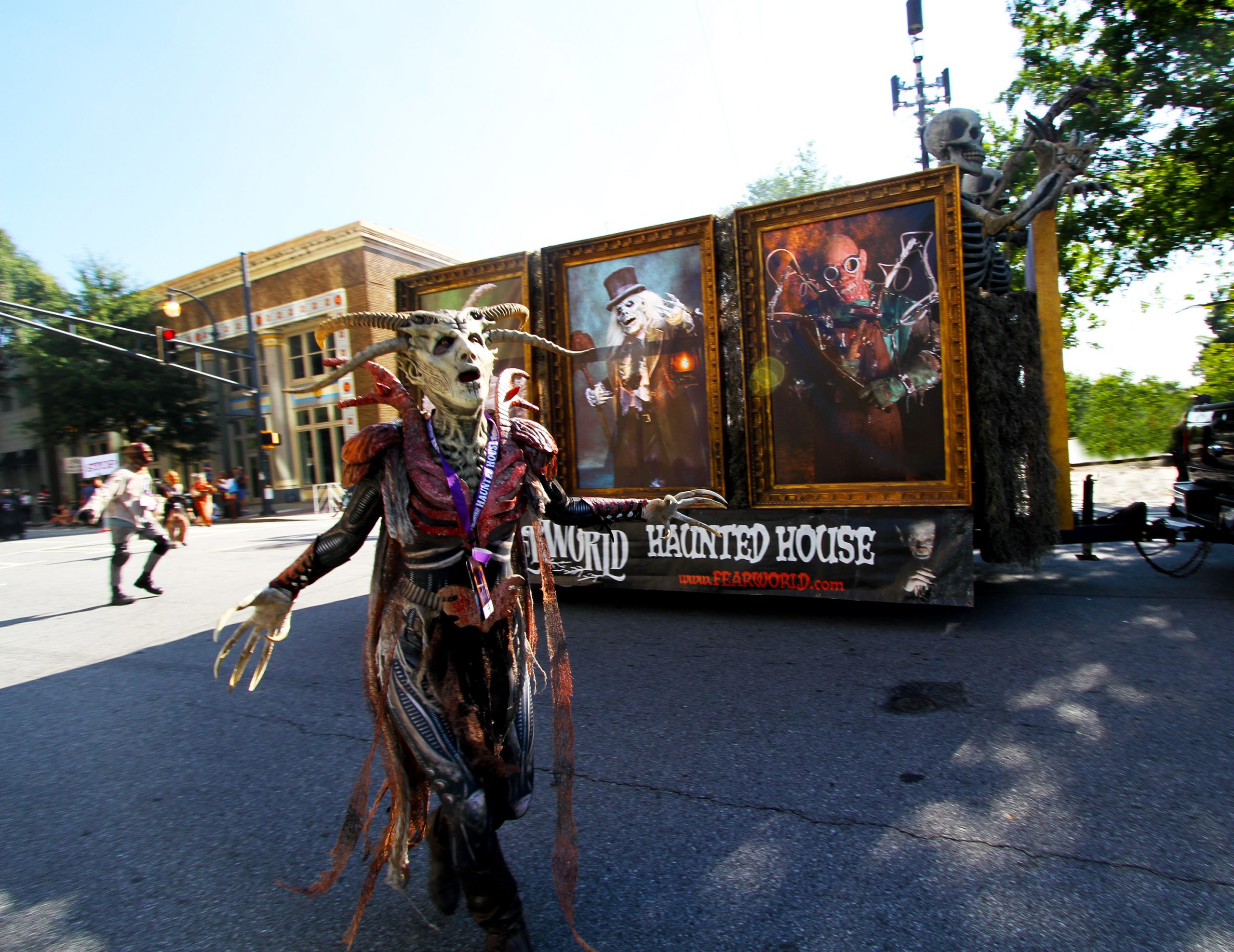 NETHERWORLD is kicking off haunt season this year at the biggest multimedia pop culture convention in the world, Dragon Con! This Labor Day weekend, NETHERWORLD is bringing its terrifying monsters, elaborate costumes, and an over-the-top parade float to impress thousands of the biggest comic book, sci-fi, cosplay and gaming fans.

NETHERWORLD has played a huge role in Dragon Con every year since its creation in 1997, and this year will be no different. The haunted attraction is once again sponsoring the official Dragon Con Parade broadcast and Dragon Con’s horror track, the convention’s home for tales of terror and dark fantasy with a nightmarish lineup of panels, topics and guests.

The parade takes place this Saturday, Sept. 3, from 10:00 a.m. – 12:00 p.m. on WUPA-TV, Atlanta’s CW 69. In addition to sponsoring its broadcast, NETHERWORLD will also march in the parade with multiple vehicles, including an elaborate float and over 50 classic characters that fans love to fear! NETHERWORLD will also debut many terrifying creatures from its upcoming 2022 haunts, PARASITIC and THE UNDYING HORROR.

And, if you’re a true fan of terror and fright, get ready for NETHERWORLD’s opening weekend on Friday, Sept. 23, and Saturday, Sept. 24! Tickets are on sale now and can be purchased HERE.