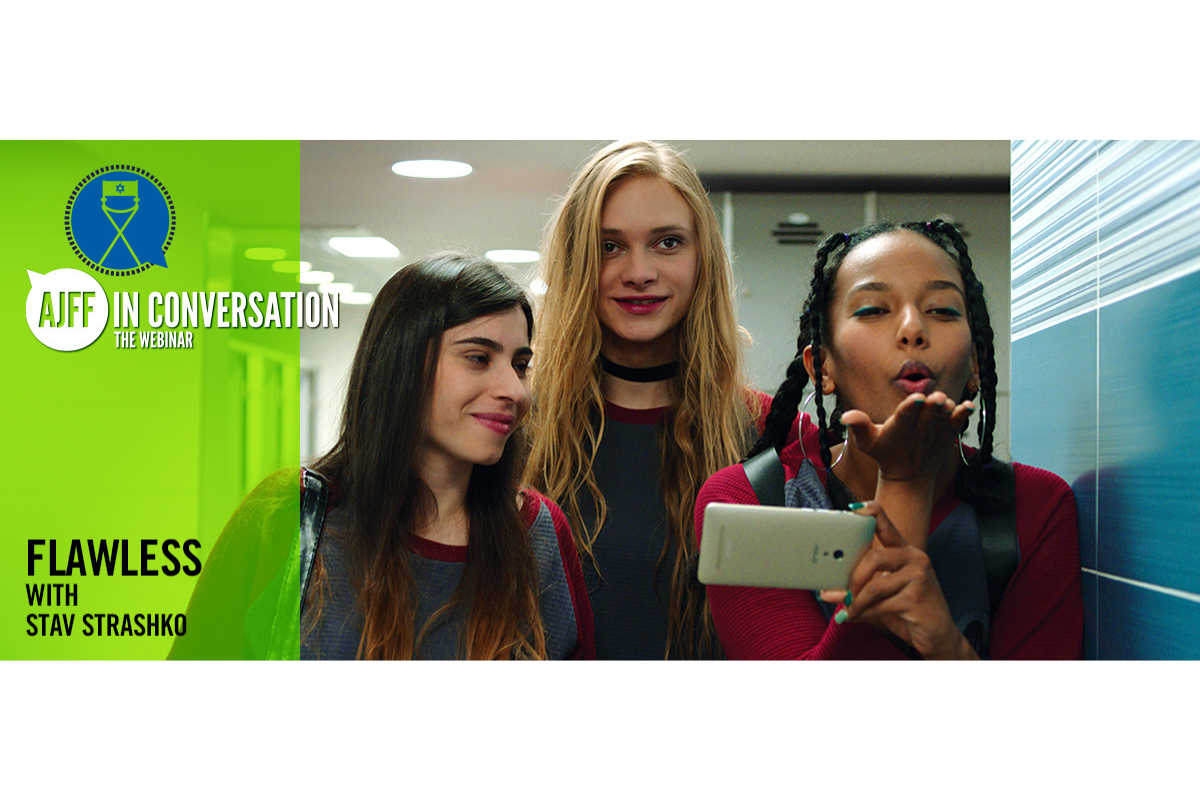 In this month’s iteration of AJFF In Conversation: The Webinar, the festival is set to showcase the film Flawless this Sunday, July 26 at 12PM EST featuring Award-Winning Actress Stav Strashko. AJFF is thrilled to welcome her for a live webinar and Q&A to discuss the film with Atlanta journalist + Host Rich Eldredge.

Ahead of the webinar, the incredible film can be streamed in its entirety here. It is available exclusively via Vimeo for a special promotional rate of $3.99 to AJFF subscribers. Use a free Vimeo account to complete payment and rent the film for a 48-hour streaming window. To join AJFF In Conversation: The Webinar for free, sign up here.

Nominated for 12 Israeli Academy Awards and an audience favorite of the 2020 festival, the film is the coming-of-age dramedy about a trio of teenage girls who seek to remake themselves before their high school prom. Hiding that she’s transgender, mysterious new student Eden (played by transgender actress Stav Strashko) enters a cliquish Jerusalem school, where she befriends two other girls who harbor their own unrealized dreams. Envious of their picture-perfect classmates, the teens band together on an impulsive adventure to Ukraine, going to queasy extremes to bankroll cosmetic surgery. This beguiling, cautionary tale of identity, self-discovery and prejudice tackles issues facing LGBTQ+ teens worldwide, and features a standout performance by Strashko, the first transgender woman nominated for Israel’s top acting prize, the Ophir Award (which is equivalent to an Academy Award in the US).